THE PLANT, THE FIBRE, THE YARN 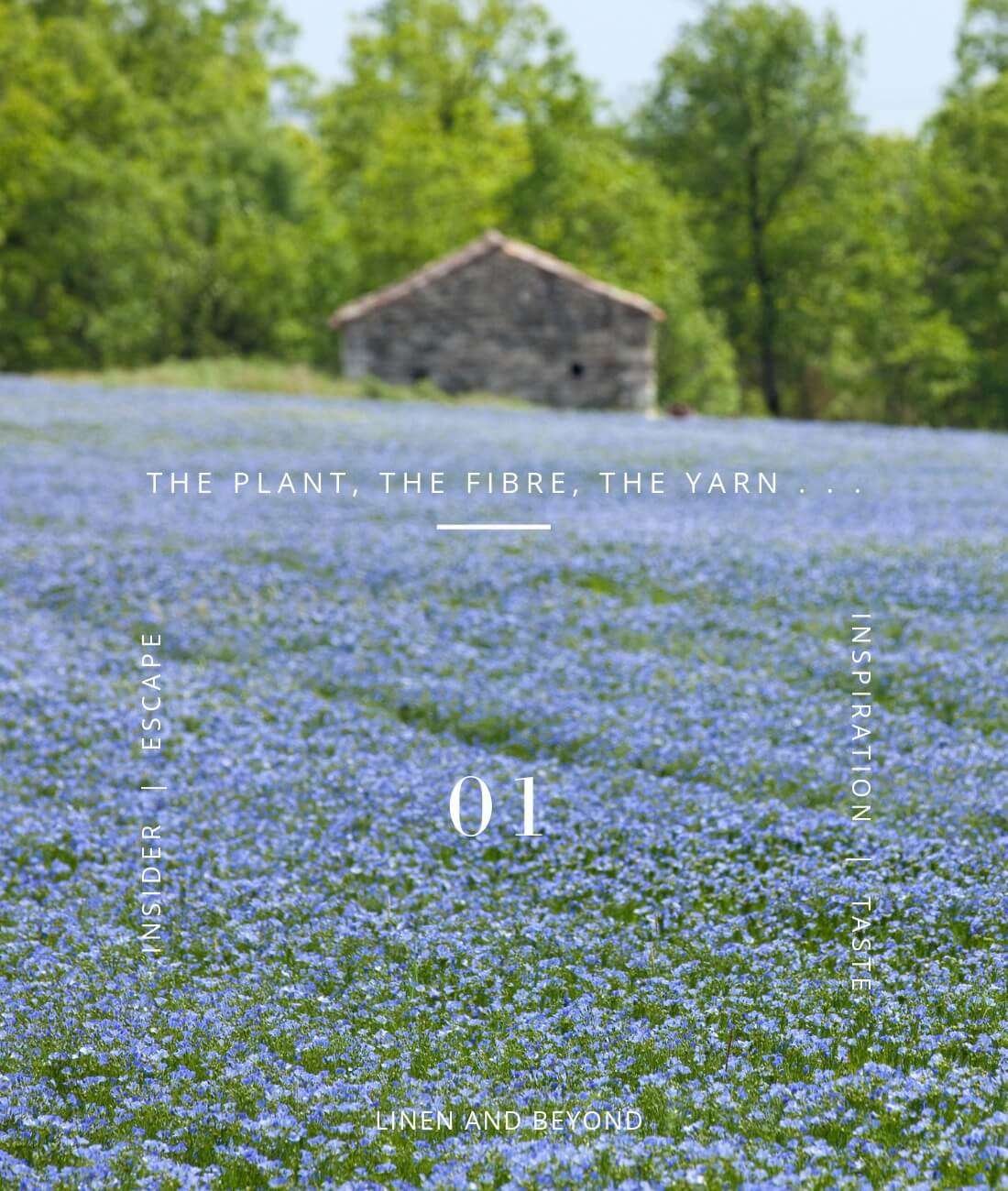 FROM SEED TO FABRIC
The Plant, The Fibre, The Yarn
Buy Less, Choose Well
Falling in Love with Flax
Our Relationship with Nature

THE PLANT
Flax takes 100 days to reach maturity. The growing has a minimum environmental footprint and requires no irrigation, only rainwater. Retting is the first natural step in the transformation from plant to fibre.
THE FIBRE
The Flax fibre are to be found in the outer envelope of the stalk. They have to be extracted then rid of the inner wooden core. Scutching is the mechanical process to transform the plant into fibre. Zero waste. Nothing goes to waste in the flax plant.
THE YARN
Spinning is the process comprising various operations to turn the fibres into yarn. The fibre is straightened and stretched into slivers, and is then twisted to form the yarn. 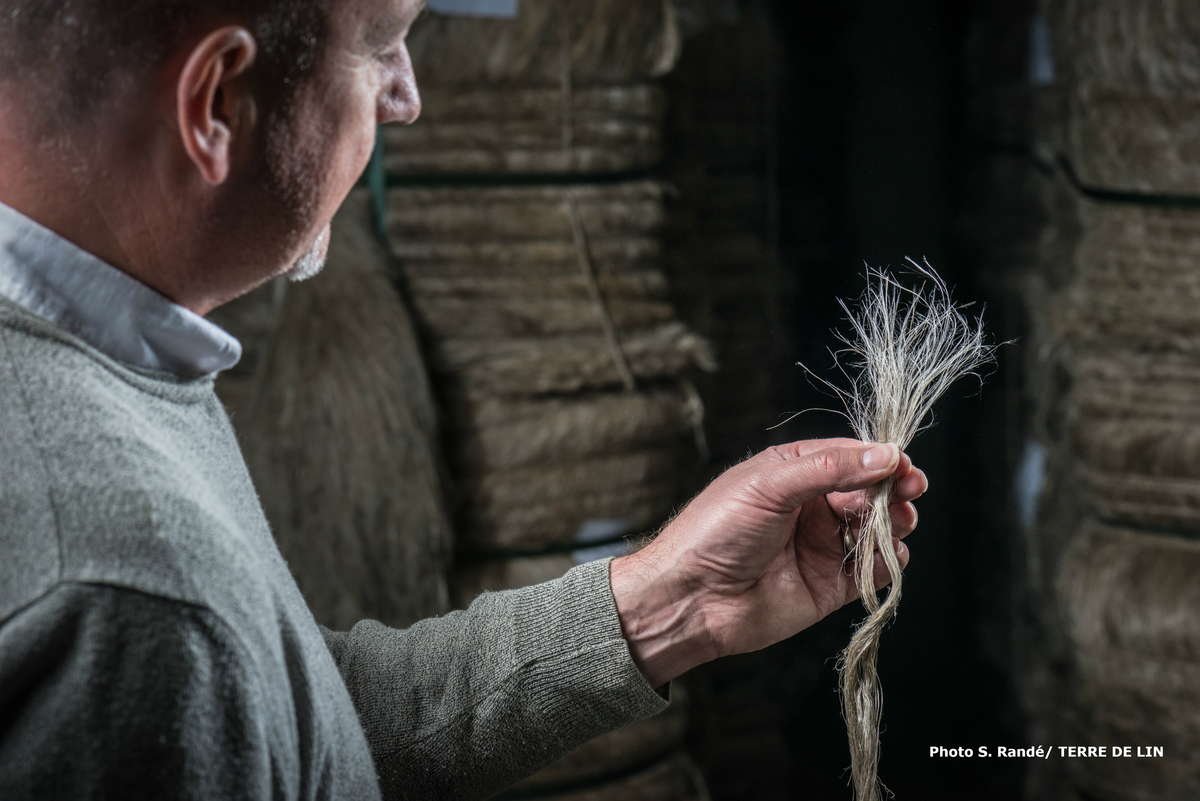 Artisans in Europe have been working on the complexity and craftsmanship needed to transform the flax plant into linen for centuries. From field to fibre, from yarn to fabric, the making of linen tells a fascinating story, with skills and expertise passed down from generation to generation.

We take a moment to speak with Terre de Lin in France, one of the finest company’s in specialising in the cultivation of flax and whom contribute to the beauty of luxury linens such as ours. Its 650 member farmers and 220 employees share the same passion for linen.

A chat with Terre de Lin

A new flax season brings wonderful opportunities for the linen industry. How do you start the process of growing flax, and when is the best time to begin?

Linen fabric is made from the cellulose fibres that grow inside the stalks of the flax plant. Growing quality flax requires expert know-how. To support sustainable and quality agriculture, the farmer tends to only sow flax on the same plot every 6-7 years. Flax thrives in specific conditions, rich and moist soils as well as climates alternating between rain and sunshine. Good preparation of the soil is also indispensable, so that the flax plant’s roots entrench deep enough into the ground; these roots usually grow as deep as the plant is high. The decision on time of when seeds are sown very much depends on the weather conditions. Usually the process of sowing seeds starts from mid-March to the beginning of April, the idea being to sow in cool and dry soils so that the plant will grow slowly. The seed is sown at a depth of 2cm to allow a successful amount of moisture to be absorbed for effective germination.

How long does it take for the first plants to become visible after sowing? What happens next?

The first plants usually become visible after a few days. Flax culture is a short cycle, 100 days only when the flax will have reached a height of approximately one metre. In June, depending on the temperatures along the cycle, the plant flowers. This period is one of the riskiest: heavy rains can cause lodging which is where the stems can fall under the rainfalls, bringing diseases and having significant consequences in terms of both quality and yield. A flax flower lasts only a single day, attracting many people to the fields every year. By mid-June, the fields turn blue for a couple of days, after which the flowers disappear. After the blooming period, each plant develops multiple seed pods and the first flaxseed appears; these contain the seeds used for future harvests. Flax then progressively turns from green to yellow. It is then mature enough to be pulled, usually taking place in the second half of July.

What does ‘pulling’ of the flax mean?

When flax is harvested, it is pulled rather than cut: a specialist machine extracts the flax plant stems from the soil roots. It would be impossible to cut a full field instead of pull, as the fibre is incredibly strong; this is one of the notable advantages of flax fibres. Once complete the flax is laid on the ground in parallel rows, ready for retting. Ten days after pulling, Terre de Lin use specialist equipment to ecapsulate the seeds. This type of seed harvesting requires a lot of reactivity and know-how from the farmers, contributing to the quality of seeds.

Describe the retting process, why is it important?

Retting is a critical operation, influencing the quality and quantity of each farmer’s harvest. It is the process of leaving flax in the field after it’s pulled so that it is exposed to micro-organisms and moisture; this facilitates a natural deconstruction of pectins and loosening of the fibres which are bound to the woody stems. During this two to six-week process, the plant is subjected to dew, rain and sunshine. The weather is, once again, key to obtaining the perfect fibre; the more it rains, the quicker the flax is ready for the next step. If the period is too long, the fibres will start to rot, causing a decrease in tensile strength. This step is very delicate and requires the farmer to assess what the optimal retting is for his flax. The best retted fibres lead to the finest quality linen thus the know-how of the farmer is of prime importance. When the retting is considered as ideal, the farmer makes the decision to harvest.

Now that the flax is ready to harvest, what is the method? How do you decide if the flax is of the finest quality to produce luxury linen fabric?

The flax is harvested by customised machines that pick up the retted flax plants and tie them together in large bales that adorn the fields for a short time. The farmer will then collect the bales and store them in his farm. Later, he will take the bales to one of the six Terre de Lin scutching mills to extract the fibre from the straw: this process is known as scutching. The quality of the fibre is assessed after scutching based on a specific classification method taking into account five criteria: strength, fineness, colour, nature, homogeneity. The finest fabrics often require the finest fibres to make the finest yarns. The choice of the fibre is usually made together with the spinner.

Long flax fibres are often regarded as the noble part of the plant. The retting stage will have an influence on the ratio of long fibres versus short fibres after scutching. Short fibres are, in fact, longer fibres that break during scutching. These are known as tows and are a by-product of this process, usually used in dry spinning to produce low count yarns. Of course, making a very thin shirt will require extremely thin, long fibres but there are also very high value and luxury fabrics produced using premium quality tows, especially in the home textile industry.

We love this beautiful film created to share visually the process & passion
involved in producing our European linen.

FROM SEED TO FABRIC
The Plant, The Fibre, The Yarn
Buy Less, Choose Well
Falling in Love with Flax
Our Relationship with Nature